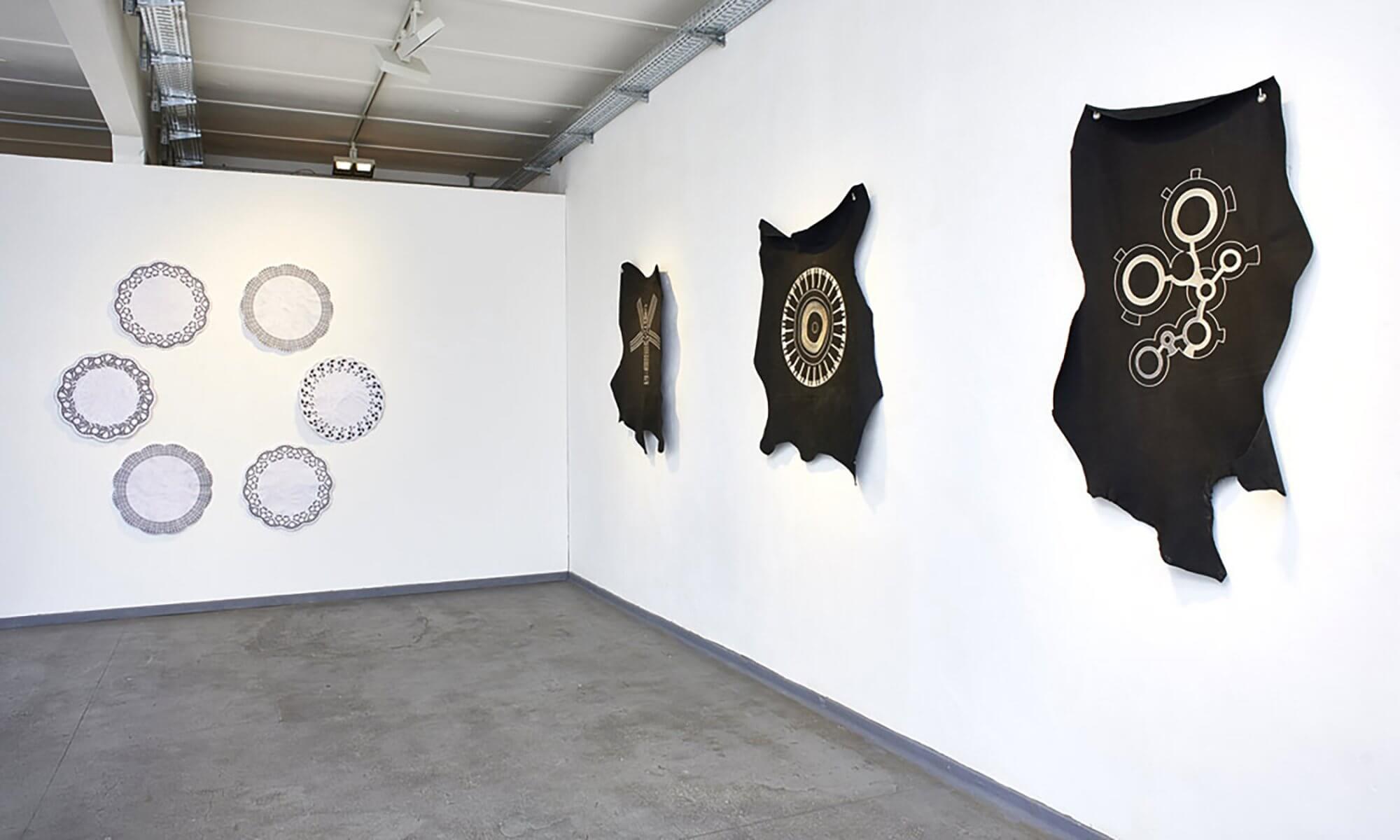 The sculptures, objects and installations by Annette Streyl (*1968) deal thematically with the man-made symbolic architectonic and iconic environment, which the artist interrogates and challenges in regard of its formally aesthetic and sociocultural interrelations. In this exhibition Annette Streyl presents two contentwise and technically diverse groups of works that she developed during the last two years:

LHer set of works Museum für Arme, involving stone-sculptures and wood reliefs, refers to a series of renaissance portrays by Hans Holbein Jr. By assembling creatively head and body parts the artist ironizes in surrealist manner the reality constructs as well as idealizations of iconic renaissance figures, thus questioning at the same time the “humanist” freedom of thought and action of nowadays.

Her group of works Forms of Constraint of 2014/15, embroidered floor plans of prison and surveillance buildings on leather or printed fabric, points through its subtle materiality to the fragility of socio-political structures and hierarchies that human beings customize to – pretendedly on a permanent basis. Similar to Streyl’s earlier knitted soft sculptures, illustrating culturally significant buildings and social markers, they question the supposedly “domestically and female” connotation of embroidery as a patriarchal attempt to discipline and subordinate women.

The skilled stone sculptress and former master student of Franz-Erhard Walther lives and works in Hamburg.

In conjunction with the show two exhibition brochures are published including each an introductory essay by Claus Mewes. For further information or image requests please contact the gallery.