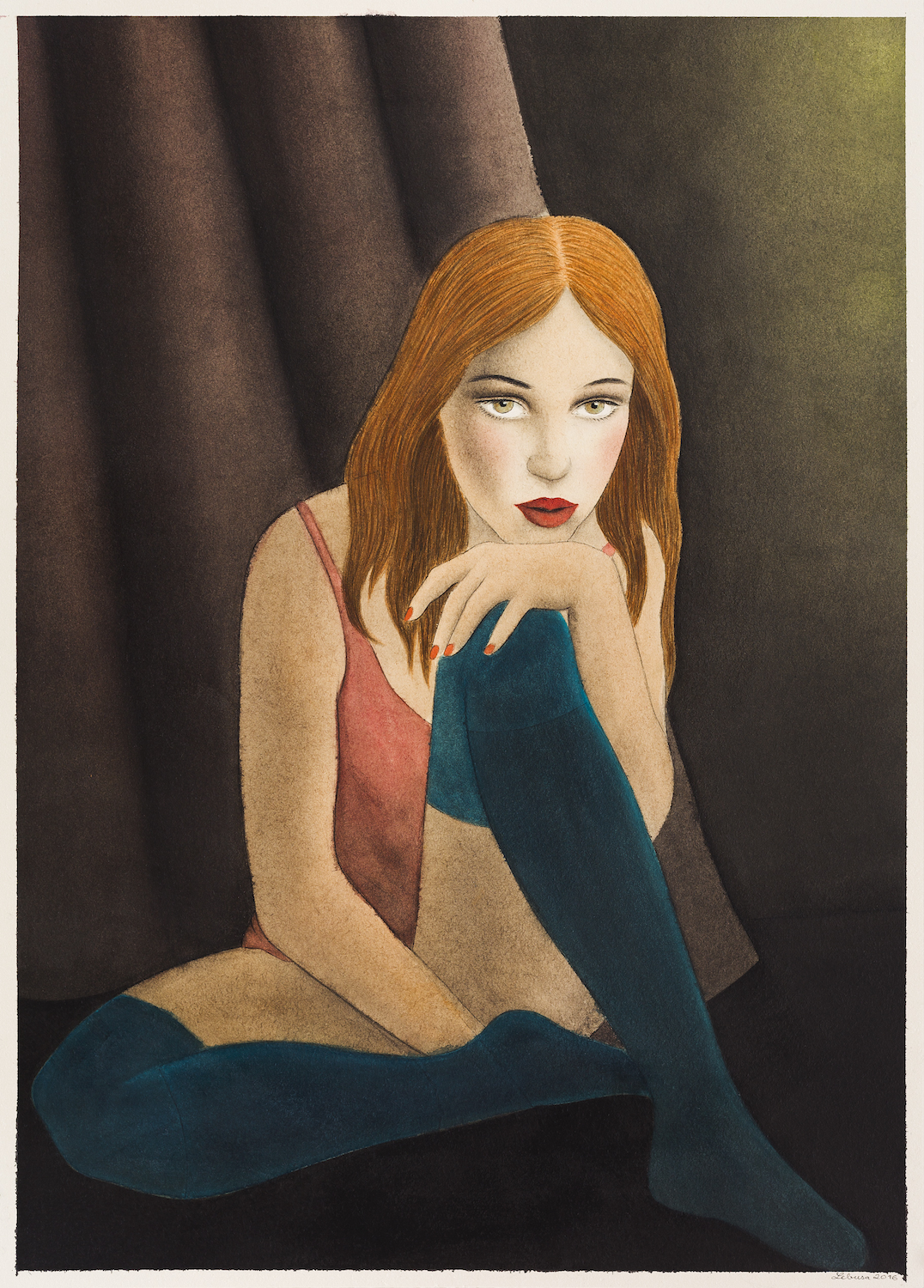 LEVY gallery is pleased to initiate the New Year with the exhibition Corinne von Lebusa–Heart Devours Love. As former model student of Neo Rauch Corinne von Lebusa (*1978) is part of the succeeding generation of the „Neue Leipziger Schule“.

The artist works with pencils, water- and oil-colours creating mostly small-sized, surreal collages and drawings on cardboard, thematizing the web of relationships of the sexes. The centre of her intimate arrangements form her delicate-feminine, dreamy Lolitas: In a coquettish, sensuous and subtle-jocular manner, they pose, loll and dedicate themselves. As having a day-dream their pervasive gaze either wanders off into the distance or directly targets the observer, who peeps at these scenes oscillating between cheerful innocence and “unauthorized” sensual pleasure as voyeur.

Lebusa presents her works partly in circular wall-installation, generating a superior narrative thread that the observer-being in a buoyant and keen anticipation-urges to follow on and on. The individual work operates as a film still that is able to capture the enigmatic narration. Their narrative and emotional delicateness is lending the works an astonishing profundity. Lebusa’s oeuvre also encompasses abstract works, combining and collaging photographic and coloured papers with pictorial devices, composing with colour shades and shapes giving birth to novel aphorisms that communicate with the former surreal-figurative works.

In 1998 Corinne von Lebusa started to study fashion and graphic design at the Burg Giebichenstein Art College Halle, continuing in 2001 with the Studies of painting at the Academy of Visual Arts Leipzig in the class of Arno Rink. From 2005 until 2008 she was model student of Neo Rauch. In 2010 she received a working grant from the culture foundation of Saxony and in 2012 from the Kunstresidenz Bad Gastein (Austria). Today the artist lives and works in Leipzig.