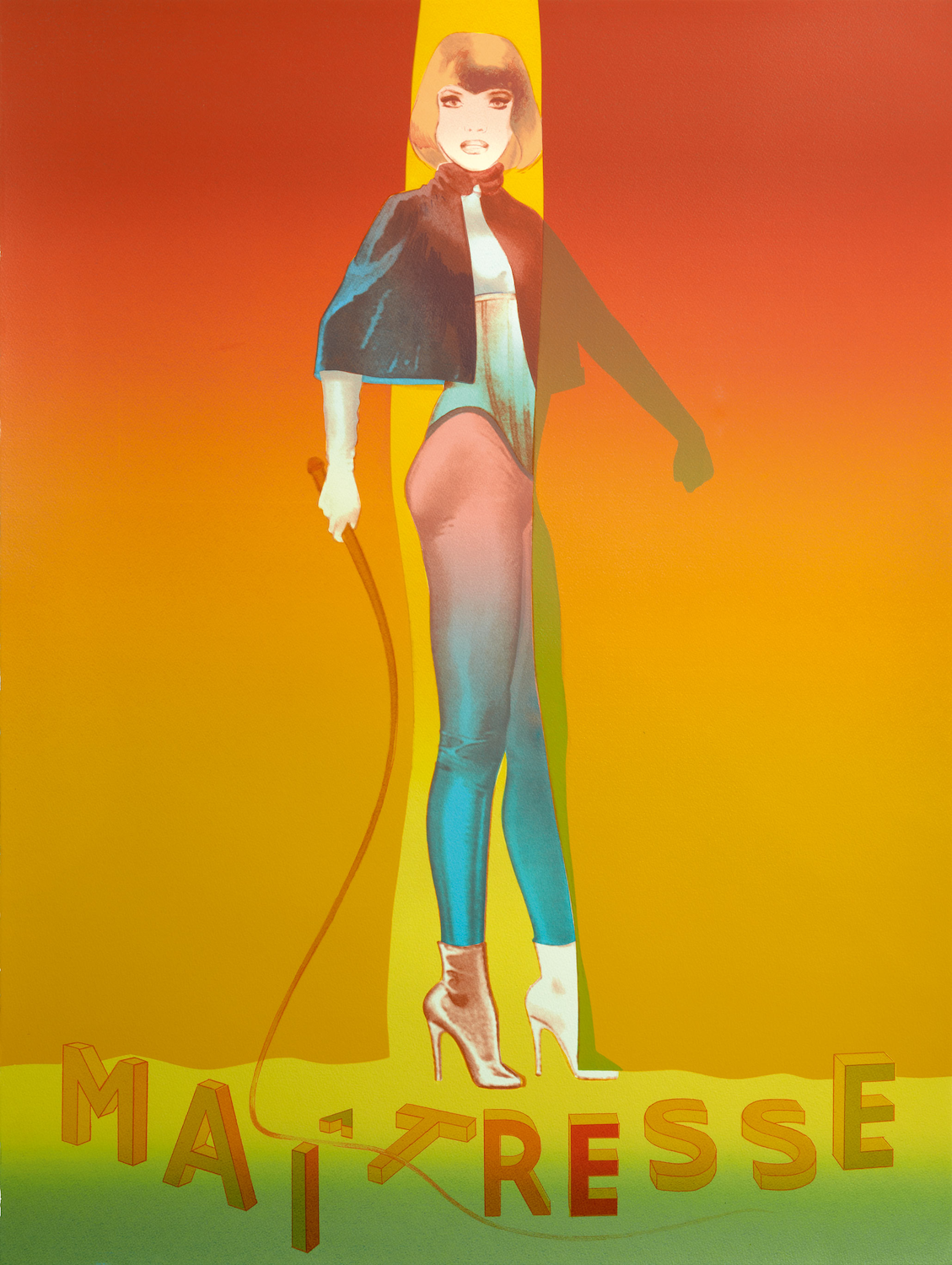 The exhibiton Maîtresse focuses thematically on the 1976 produced movie Maîtresse. She will open your eyes by the French film director and producer Barbet Schroeder staging as main actors Gérard Depardieu and Bulle Ogier. The costumes were disigned by Karl Lagerfeld and it was Allen Jones who created the film poster that displays an alluring brunette dominatrix suited in varnish holding a leather whip. In manifold realisation and by playing with poses, colours and space the motif of Maîtresse developed to a discrete series of works in the oeuvre of Jones until 2015. The show comprises large-sized paintings, drawings, study sheets, a newly realized edition of silkscreens, a sculpture and original archive material.

Allen Jones (*1937, Southampton), who is one of the most significant British pop artists on the international stage having been part of the 1960s development of a new attitude towards figuration, will celebrate his 80th birthday next year.