MANO A MANO | HAND IN HAND 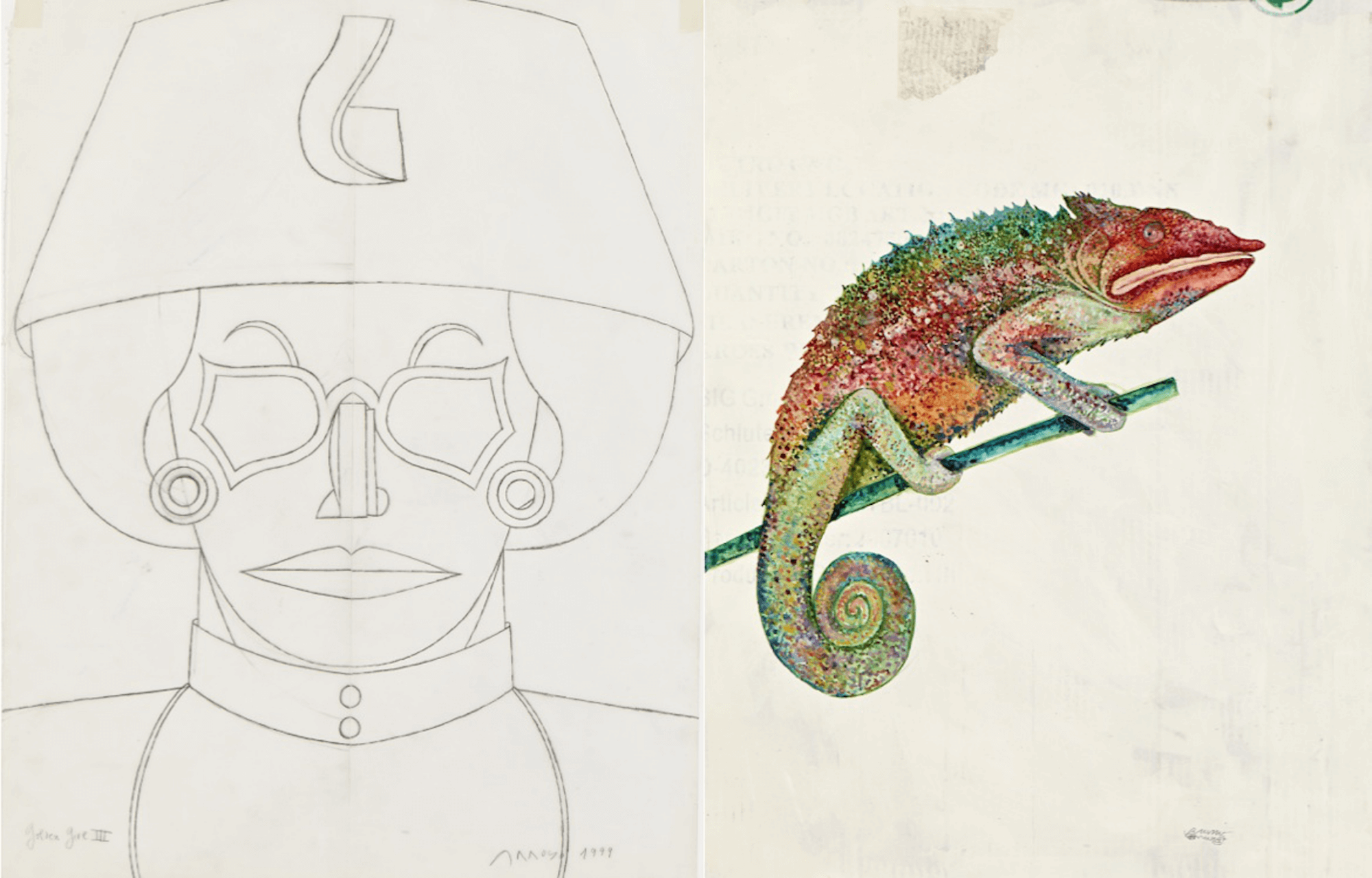 LEVY Galerie is pleased to present in a joined exhibition the collective series of works Mano a Mano | Hand in Hand by the artists` friends and collegues Eduardo Arroyo and Bruno Bruni. As a result there are 40 collaborative works on paper, which combine playfully old and new compositions by both artists in collaged syntheses. This approach is referring to the Surrealists` method of the Cadavre exquis, which facilitates the coincidence and the grotesque to be implemented in the creation of artworks: “In their current cooperation, the enigmatic, stylized figures and fragmentary scenarios of Eduardo Arroyo are juxtaposed with Bruno Bruni’s delicate, realistically rendered plants, animals, and human beings. As divergent as the approaches of the two artists may be, they enter into an exiting dialogue with one another: the continuation of a long-term exchange of ideas on a visual plane. […] Through the conflation of images magical energies are set free, from which ever-new narratives unfold, which can be spun out by the viewers in multiple ways. In the dialogue between the two positions, the individual stylistic approaches of the artists are retained as distinctive statements.” (Text: Belinda Grace Gardner)

On the occasion of the exhibition a catalogue is published at Kerber Publishers containing a text and interview by Belinda Grace Gardner. Furthermore, a special Collector`s Edition “Jeu de hazard”, has been published limited to 150 copies and 100 Artist`s Proofs including a facsimile print, signed and numbered by the artists.