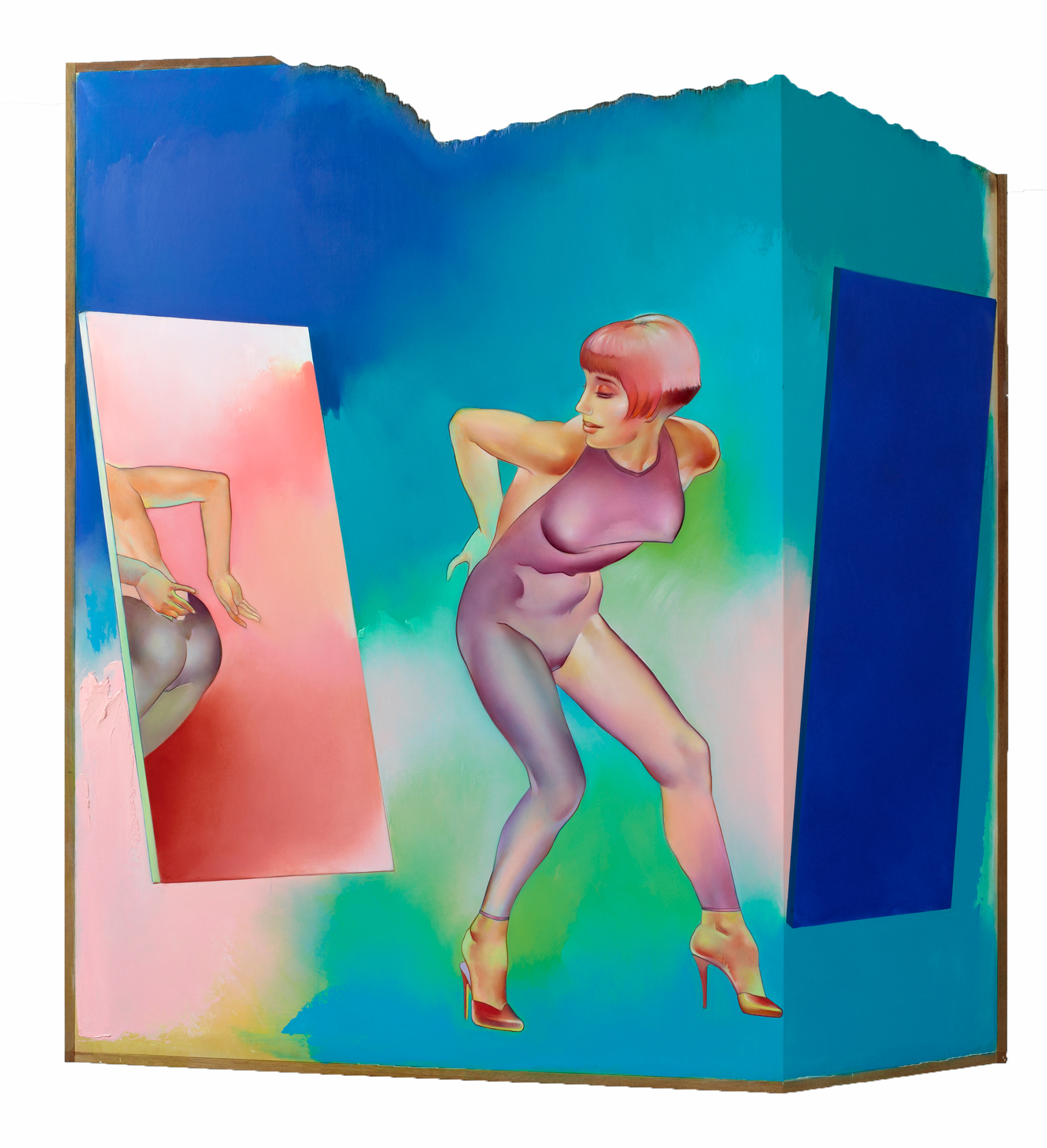 “The three-dimensional objects that wander over directly into our reality from the setting of the canvas activate more than just our visual senses. Much more than this, their corporeality brings one’s own physical presence in front of the painting to mind. It is especially this that nourishes the paradox, according to which the objects interact directly with the space, in that they extend into it without the subject shown truly being grasped. […] As a consequence, Jones elevates the viewer to the position of co-creator, in that he continuously challenges the viewer’s ability to look. The freedom with which he combines tendencies in his paintings `High` and `Low` again and again leads to ruptures within his works, which the viewer is challenged to bridge in the act of reflection. There is most likely no better suited place than the stage […] for playfully staging these tensions and mercilessly exposing them to the blazing illumination of the headlights.” (Text: Jonas Beyer)

Allen Jones is one of the most significant British artists on the international stage. As a fellow student with R.B. Kitaj, Peter Phillips and David Hockney at the Royal College of Art in 1961 he participated in the development of a new attitude to figuration, which became a major stepping stone in the history of Pop Art. The engagement with topics as fetishism and obsession resonates in Jones` subjects of dance and sport imagery that exploit the tension between figuration and a gestural abstraction.

On the occasion of the exhibition a catalogue is published at Kerber Verlag with a texts by Jonas Beyer.