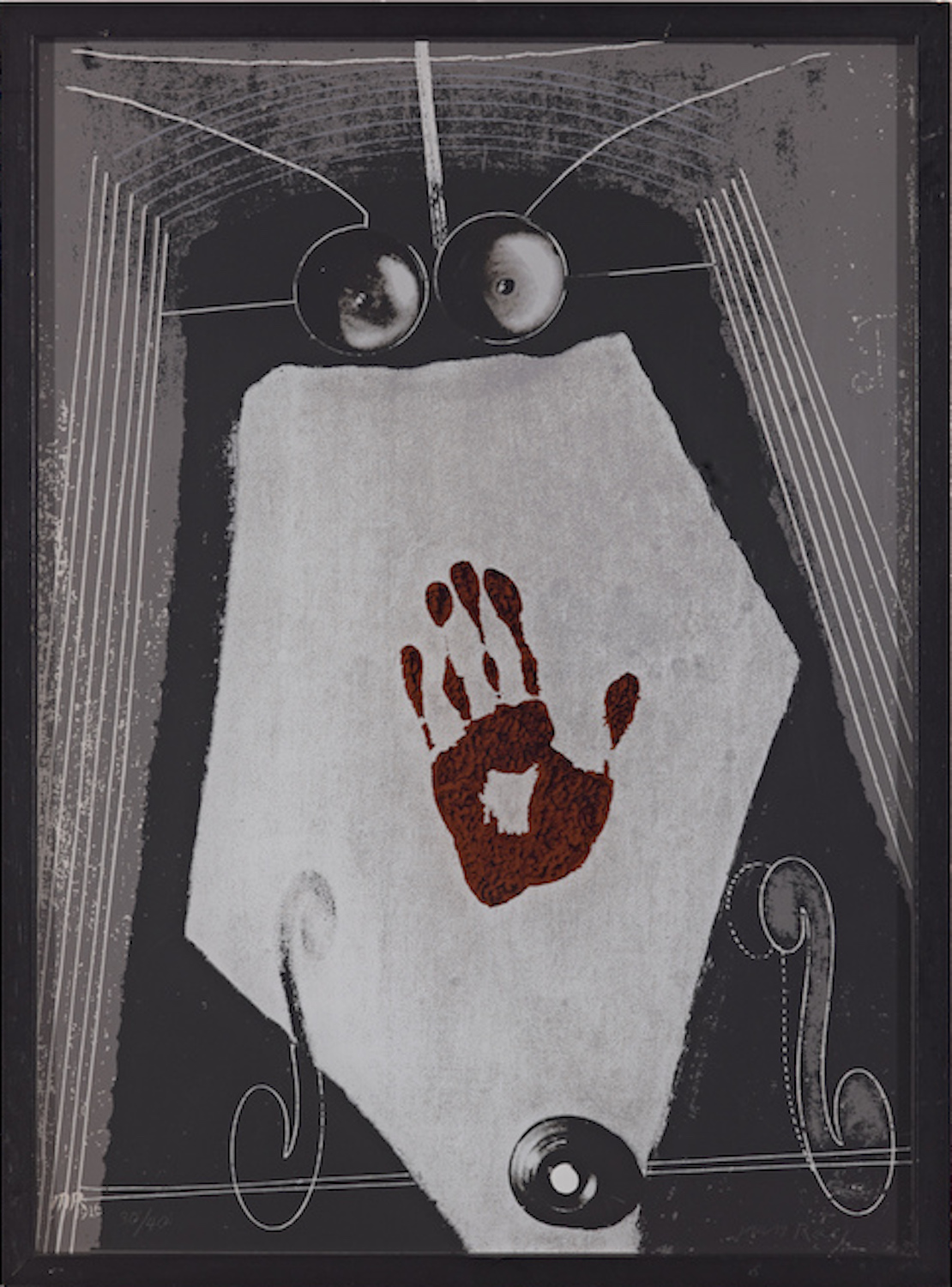 LEVY Galerie is pleased to present the oeuvres of two icons of the art of the 20th century, that are inevitably linked to the surrealist movement, Meret Oppenheim (*1913–†1985) and Man Ray (*1890–†1976), in an intimate juxtaposition.
The photographer, painter and object artist Man Ray, who spend most of his life in Paris, is one of the outstanding representatives of Dadaism and the avant-garde amongst artists friends as Marcel Duchamp. Due to the multifacetedness of his oeuvre he is regarded as initiator for modern photography and film history in the 20th century. Alberto Giacometti introduces him during the heyday of the 1920s/30s to Meret Oppenheim who then acts as the model for his famous nude photo-series Erotique voilée (1933). Thenceforth, The young „garçonne” is declared the muse of the surrealists and shortly after creates her famous “fur cup”, the objet trouvé Le déjeuner en fourrure (1936) – an incunabulum of surrealist art. Early on, Oppenheim seeks to withdrawal from all artistic limitations and female reductions and – back in the artistic environment of Bern – develops a transgressive, ironically poetic, sensually tactile oeuvre that oscillates between media, art and applied art, male and female genius. Likewise, Man Ray endeavors throughout his life to preserve autonomy in his urge for artistic creation, creating paintings that are compositions of futuristic-cubistic figurations, training his skill in drawing and experimenting with objects whose visual language he sensuously transforms and that serve him quite often as models for his renowned „rayographs“.
The exhibition at LEVY Galerie comprises artistic positions of different periods of work and of various media of both artists: from works on paper up to photographs, objects and multiples.