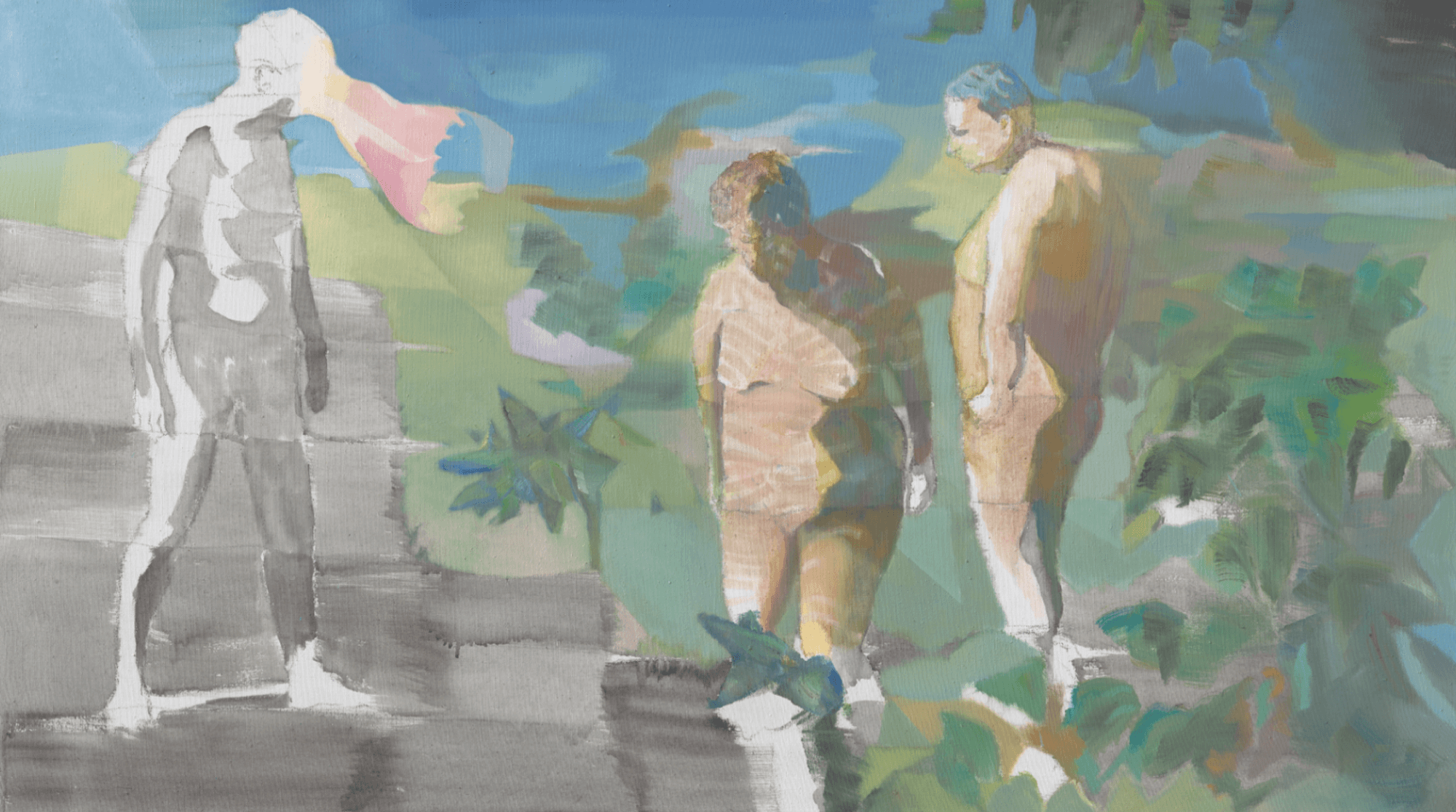 Oil and acrylic on canvas

LEVY Galerie is delighted to present the Berlin painter Daniel Mohr, born in 1976 and former master student of Georg Baselitz, in a show of his new large-size oil-on-canvas works, created between 2014 and 2016.

Mohr’s often sketchily rendered male and female nude figures perform their roles before the extended horizon of a disrupted “human condition” focusing on their splintered, fragile corporeality that is indicated by the bare body. In this existential intermediate state, between presence and absence, materialization and dematerialization the pictorial events unfold following a “pictorially based concept of time”. Mohr decomposes his scenarios, which are played out in the spatial landscape of parks, fields or beaches through painterly superimpositions and syncopal shifts.

Although Mohr’s works frequently draw inspiration from art-historical sources, his works are primarily concerned with questions of perception–similar to the protagonists of Impressionism, who implicitly addressed the act of seeing as such as a prominent subject in their light paintings-and moreover reflect on a current state of existence that is caught by the phenomena of disintegration and acceleration induced by digital simultaneousness. Thus, the artist`s subjects, his figures and landscapes only gain shape interval-like in rest areas for a moment, before losing themselves by the play of colors enveloping them, or in spatial and temporal forms of displacement.

On the occasion of the exhibition a brochure is published including an introductory text by Belinda Grace Gardner. For further information and image requests please contact the gallery.