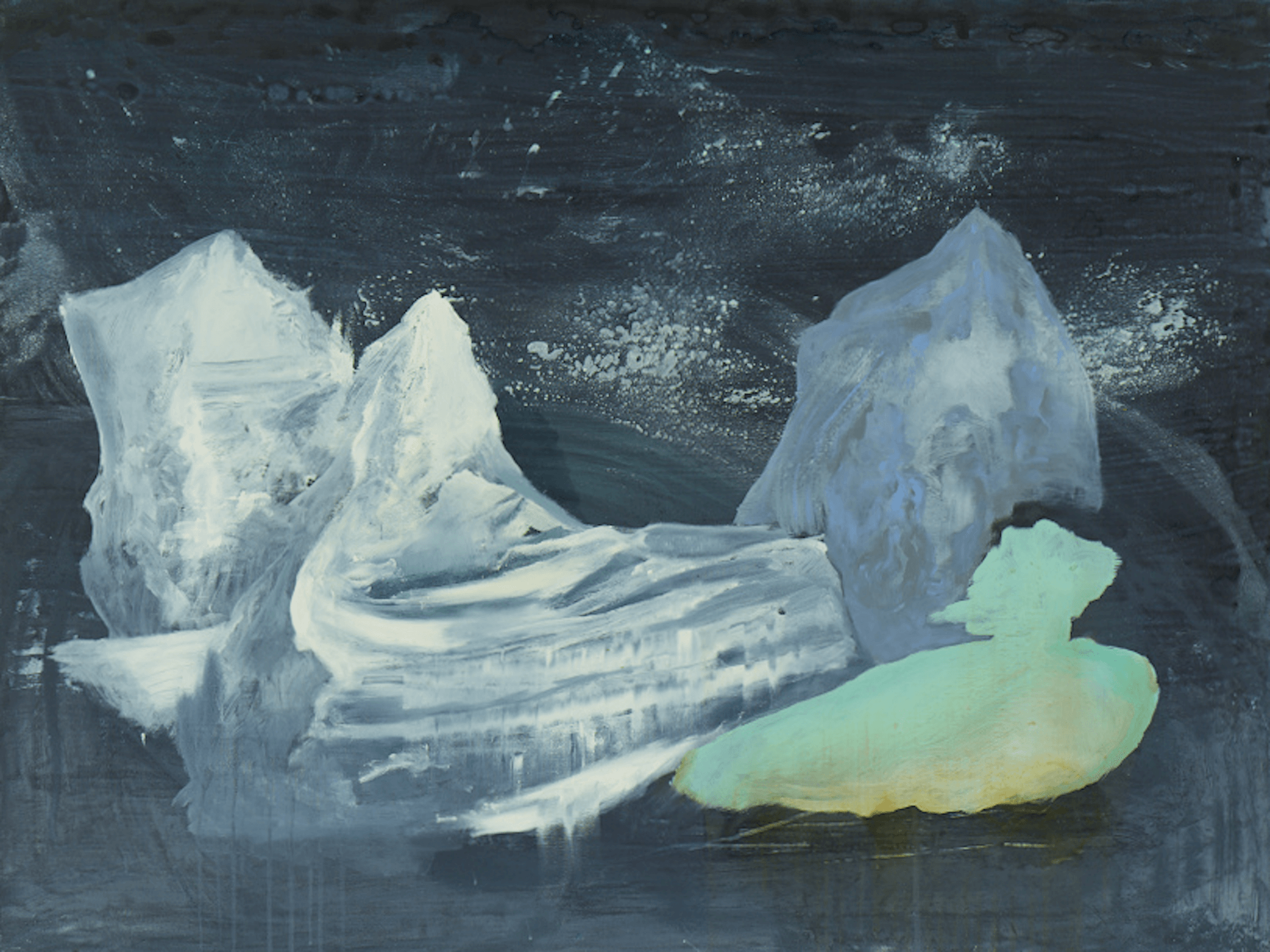 LEVY Galerie is pleased to present an overall monographic show of the artist Frank Wiebe (*1959). Within the oeuvre of the Hamburg painter the viewer is confronted with the physical and biological constitution of the world. In the course of this, an interplay between transparency and opacity, density and dispersal, holdup and process comes to light, which not only explores the regularities of natural phenomena, but also addresses the highly vital laws within social constellations. The observer`s eye roams across the canvas` terrain perceiving vertical and horizontal color fields, pastose open and sealed structures as well as floating movable pieces of scenery, that are located in an opaque, indefinite room. This „topography of an imaginary landscape“ (Jürgen Doppelstein) contains a luminous spectrum of complementary colors, which approaches the viewer`s sense of vision immediately. Frank Wiebe uses the method of destabilization and dispersion in order to initiate discourses of thought and perception. Through the coexistence of his form sets he eludes the direct grasp of his work, but at the same time instigates a chain of associations. The latter emphasizing a juxtaposition of manifold semantic levels in seeing the world. In the same way the principle of a series of works aims at exploiting the full set of possibilities.

Frank Wiebe studied painting at the Universität der Künste Berlin, was represented in numerous national and international exhibitions and finally, obtained the Ernst-Barlach-Award 2011. At LEVY Galerie primarily his latest series of works The Last Resort and Heligoland can be seen.

On the occasion of the exhibition a catalogue is published at Kerber Verlag containing essays by Jürgen Doppelstein, Belinda Grace Gardner and Katharina Henkel as well as a special Collector`s Edition limited to 50 copies, signed and numbered by the artist.